As Good As It Gets

A lifetime of club-based investing can produce dramatic rewards. It's Better Investing. Period.

You make us want to be a better … Resource. Yes, that is inspired by Jack Nicholson (to Helen Hunt) and is from the movie “As Good As It Gets.” Ken Kavula and I have visited a few investment clubs recently and we’re reliably reminded how formidable these partnerships of discovery, exploration, study and collective results can be. In this issue, we give a sneak preview of a few works in progress — including some thumbnails for the equity analysis pages, an effort that will lead to further alert capabilities, embedded study functions and portfolio management enhancements. For now, we spend some time with the foundations and throw it back to a report from another investment club visit from 1998. He was chairman for more than 50 years and he spent Friday night in Chicago with our club. Sharing. 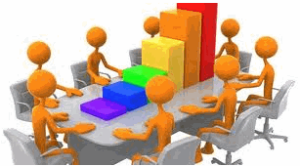 $20/Month … EVERY SINGLE MONTH … Since 1948 I may have been skeptical about investment clubs when I joined the staff of Better Investing back in the 1990s. That ended when I was invited to become a partner in the Mutual Club of Detroit. Mr. O’Hara was a charter member and had INVESTED REGULARLY, $20 each month, NEVER missing a month since 1948. The Mutual Club (1941-2001) generated a 13% annualized return, beating the market over six decades by 2-3 percentage points per year. Tom’s total investment was less than $15,000 but he had a 7-figure balance in the club. He was not alone.

Thomas O’Hara, Chairman and co-founder of the National Association of Investtors Corp. (NAIC) visited our club at our Friday, 18-September-1998, meeting. This recap was originally shared in an attempt to spread some sage wisdom of over sixty years following modern investment club principles!

As he almost always did, it seemed every question we posed was drawn back to the “four management tests” for any company.

(1) Has the company shown the capability to consistently grow sales?

(2) Has the company controlled costs and accessed opportunities… also demonstrating a capability to consistently grow earnings?

(4) How efficient are their investments? What is their ROE? What is the trend? What does this suggest about their decision-making ability?

Mr. O’Hara suggested that it’s very difficult to “go wrong” when you find a company with strength in these areas. The four management tests establish the long-term value of the company. The rest of the stock study process provides guidance about the current value (at current stock prices.) Tom commented that this is where most mistakes are made, “paying too much for a good company.” Even so, buying quality management at ‘elevated prices’ still probably keeps investors out of trouble. Granted, their gains will be compromised by buying at high levels… but they won’t be ‘harmed’ over the long term.”

MMM (MMM) is an example of a company that is continuously reinventing and improving itself. Their commitment to management excellence and the product cycle evolution over the years is a marvel to watch. (Relative return = +5.0%)

Watch for “migration of leaders.” Allied Signal (now Honeywell) is a current day example of a company that was stuck in the mud for a couple of years. New management (Larry Bossidy) arrived and the outlook has improved considerably. It’s a different company with a new vision. The Mutual Club of Detroit once had an investment in a company with a wonderful leader. The management tests were “all that you would hope for.” Their gains were a three or four “bagger” under his leadership. He was recruited by another company. They sold their shares. Their gains were a 3-4 bagger at the new company. He was recruited by another company. They sold again. Their gains were another 3-4 bagger at the third company. That leader was Larry Bossidy. “And now, you know the Rest of the Story.” The message is obvious and quite clear:

Performance Results: Club Favorites (1998-Present). We hope the relative returns (since September 1998) of the stocks mentioned during the club visit are not lost on investors. The average relative return of the stocks discussed was +4.5%. On an absolute annualized total return basis, some of the largest positions in the Mutual Club of Detroit portfolio (all of the Chicago stocks were in the club portfolio) display an above-average tendency to outperform the Wilshire 5000 (VTSMX) at 6.9%. The average return from this group of stocks is 10.9% since 1998.

The club discussed Wolverine World Wide (WWW). Tom pointed out that WWW was the Growth Company of the Year back in the 1950s or 1960s when they had literally figured out how “to better skin a pig.” The result was low cost producer status and an investment that excelled for many years. Our study suggested that “something” had changed at WWW back in 1991-1993? Tom suggested that we look for a change in management. (Relative return = +7.2%. Yes, Virginia, even Hush Puppies can be sexy when it comes to long-term returns.)

One of the things that we probably need to spend more time with is a FOCUS on the source of growth within a company. Is it external (M&A) or organic? New and better ideas, or improvements in efficiency?

Fad or Trend Investing? This is a dangerous area. Think of the “can’t miss” stuff that fades so quickly from our radar screens. Tom did suggest that it’s OK to identify powerful trends and to look for “diversified opportunities to take advantage.” His example was the television industry in the 1950s. It was clearly here to stay. The Mutual Club avoided the flash in the pan opportunities and instead invested in Corning Glass (GLW). Their rationale? All TVs, regardless of manufacturer, needed a picture tube. The competitors “killed each other” but Corning just plodded along… providing glass picture tubes to all of them.

Can companies get too big? Certainly. The thing to watch for is the natural decline in growth rate. Some companies like McDonald’s and Wal-Mart will defy the odds and continue this well beyond what most people would believe is possible. The Mutual Club held both companies and sold them (piece by piece) in recent years and growth slowed to natural levels for large companies.

Almost every question was answered with a return to the basics and the four tests of management. Tom expressed some concern over the “bells and whistles” developing with the computerized versions of our tools. As a case in point, he suggested that he has great difficulty with the usefulness of Relative Value: the comparison of current P/E ratios to a historical average. He believes that it’s far more important to think about actual P/E levels… growth rates… and perhaps, P/E expectations in the future. Current Relative Value can lead to mistakes. (It has diminished usefulness with cyclicals and rapid growth companies.) Tom believes that we have to be careful when discussing these “extrapolations” of the time-honored tools. More discussion would be necessary on what the numbers mean and how they should be interpreted, and frankly, he’s not sure that the result would be worth the effort.

Further, he suggested caution with PERT (a version of portfolio management tools) and PTP. It can lead to elevated turnover and mistakes. Their experience has been that mistakes have been avoided by NOT selling some of their holdings with study-based “Sell” recommendations based on P/E ratios. So long as the growth rates were satisfactory, they’ve been inclined to hold these stocks despite their seeming over valuations. Time and time again this has proven to be the correct course.

The message was clear. A lifetime of club-based investing can produce dramatic rewards. In fact, with a wink of his eye, he pointed out that as little as ten years can be awesome… if you’re in position to benefit. He feels that he was “in place” in 1982 because of their long term outlook… and the next ten years were amazing. Stick to the basics, understand the four tests of management… and you’ll have more smiles than frowns in your investing future.